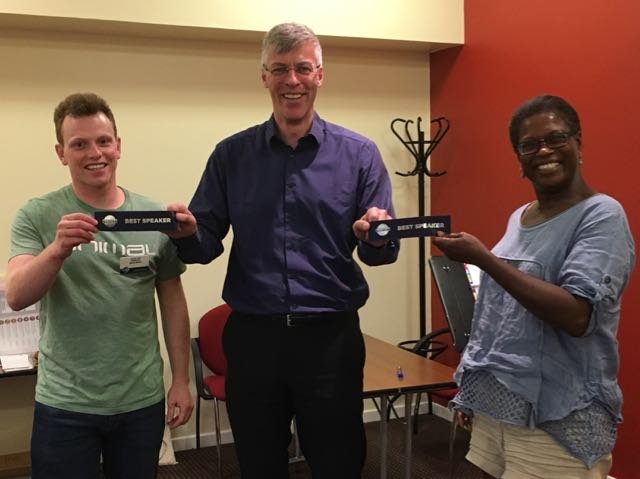 Andrew was the Toastmaster for the evening and what an evening we had!

We had a fascinating and insightful evening with two speeches drawing from the personal experiences of the speakers, Alison and Lincoln. Both were excellent and kept the audience captivated and the audience vote provided joint winners.  Below, Andrew presents the prizes. 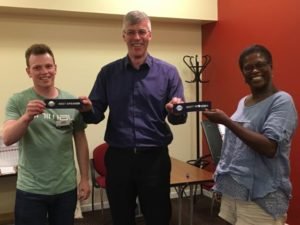 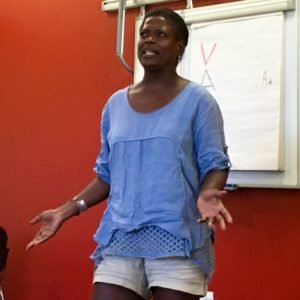 Alison also addressed the difficulties of teaching music to children. These included the expense and maintaining interest. She elaborated how parents approached these.

Lincoln (R) completed the next task in the Public Relations Manual. He placed himself in a radio interview situation explaining the challenges of diabetes generally – and Type I Diabetes in particular. Lincoln called on his own experiences on how this affects people and how, if managed correctly, the quality of life could be enhanced. Lincoln emphasised, in the interview, about the need to get assessed because the earlier a diagnosis is made the more effective can be the response.  Well done to Oliver who offered to act as the radio host and fired very challenging questions for Lincoln to answer. 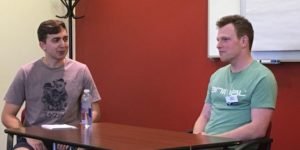 Each meeting involves formal speeches by two or three of our members. This is followed by impromptu speeches. What’s that? You are put on the spot and asked to speak for two minutes on a topic assigned to you. The key is to think in advance about what you can say. Better still if you can link it to some personal knowledge or provide a structure.  That helps give the speaker a clear direction so as not to ramble.

Tonight Alison was the Table Topics Master. Alison gave us the topic, “Giving a Positive Explanation for a Bad Situation.”

Andrew won with his explanation as to why an insect infestation had destroyed the roses in a garden exhibition. Andrew explained that his prize roses won every year. But this loss of roses meant that different flowers could be considered and it would be good for someone else to win for a change!

Oliver is a fairly new member but has really embraced the spirit of Toastmasters. Oliver gave a particularly good talk to ‘his workforce’ on pay freezes. Oliver admitted that the company had gone through hard times but the workers had not lost their jobs. He himself had taken a pay cut and as a recognition of the work force loyalty the company was laying on a special Christmas dinner for them until things got better.

Paul had to explain why the England team, which had reached the finals, could not play due to illness. Paul recognised that everyone would be very disappointed and that the team would have to let this one go. However, the large sale in tickets meant that England had the resources as never before to invest in Her future talent and that fans should brace themselves for the far better times to come.