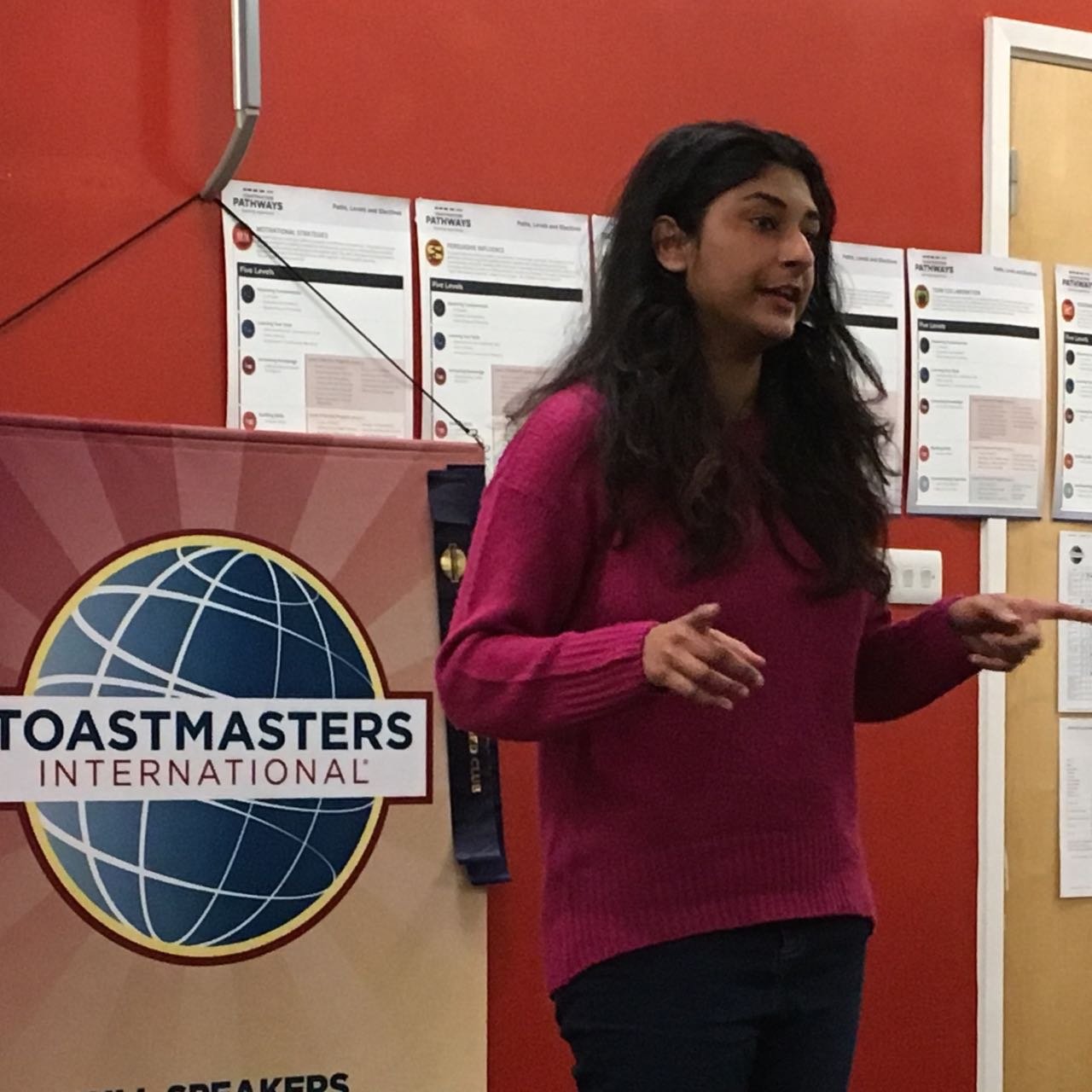 She also added her cheery mood to the event by getting everyone involved. Visitors are often a little nervous to just stand up and start speaking – but that’s actually the way that works best. John visited and Alison handed out some lines of poetry to read which had everyone on their feet and we were able to give John his First Speaker ribbon – much sought after!

Alison also set a task during the break – to ask what people did when they were alone in the car. We found most of our group were singers!

Well done Alison. We look forward to your next session as Toastmaster.

Word of the Day

The Word of the Day is supposed to be inserted into the speech at appropriate times. Matthew set the word as “Innovate” or derivatives from it.

Table Topics and Evaluations by Becky

Sireesha had a lucky dip bag and we chose from various quotations and questions. Becky did the evaluations. Well done to all those who took part:

Steve was runner up with a talk on everyone’s favourite game, Monopoly.

Every meeting relies on a number of people performing roles. Thank you to all of those who took part yesterday.